What Is Good Friday? And what about Easter? 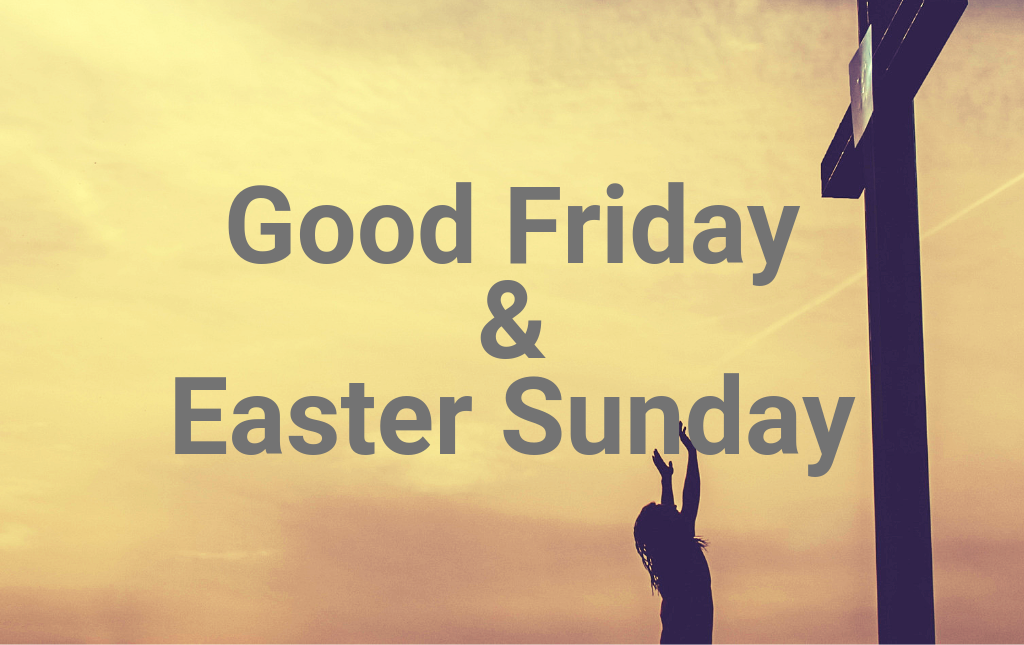 What Is Good Friday? And what about Easter?

Followers of the Christian faith have celebrated Good Friday and Easter Sunday for over fifteen hundred years.  These two events culminate in what has become known as Passion Week. This week starts with Jesus being hailed as the Messiah, entering Jerusalem for the last time on a donkey. The week ends on Sunday with his resurrection from the dead (Matthew chapters 26-28). This week is the most solemn of all Christian celebrations.

Why do we call it Good Friday?

Good Friday is a celebration dated as early as the 3rd century, while others opt for a date closer to the 7th century.  Easter, on the other hand, has an earlier history; according to some sources, between the 2nd and 4th century. The name “Good Friday” is intricately tied to the Easter celebration, though its origin is unknown.  There are those that believe the name is a corruption of “God Friday”. There are others that have named the day, “Great Friday,” while still others have called it, “Black Friday.”

Nisan 15 on the Jewish Calendar

There is a Jewish history behind Good Friday.  The crucifixion of Jesus Christ occurs on Nisan 15 when all Jews will observe the Passover celebration. As a Jew, Jesus was celebrating the Passover with his disciples. He was arrested during the celebrations and taken to the Roman governor – Pilate. Jesus was then condemned to die on a cross and was crucified. To those outside the faith, the death of Christ seems to be an insignificant event. It appears to be a sad ending to the life of another famous prophet.

However, according to the Bible, the crucifixion of Jesus Christ is second in importance only to his birth and resurrection.  A proper understanding of the birth, life, and death of Jesus Christ (what that death means for salvation) reveals why Christians celebrate the day as Good, albeit a bitter good. His story is what Christians call the gospel.

The term passion comes from the 10th-century Latin word, passionem, meaning suffering or enduring. The name rightly describes the pain and torture that Jesus Christ would undergo from both a mental and physical point of view. His mental anguish included the sorrow that accompanied his rejection by the Jewish people and the foreknowledge that he would die on a cross.

The gospels of Matthew, Mark, Luke, and John tell the Easter story. The story introduces the last week of the life of Jesus starting with the crowds praising him as he enters Jerusalem (MATT 21:1-11). The crowds were shouting, “Hosanna to the Son of David! Blessed is he who comes in the name of the Lord! Hosanna in the highest!” (MATT 21:9). This day is typically celebrated as Palm Sunday – a week before Easter.  The celebration gets its name from the story describing how the followers of Jesus Christ laid palm branches on the ground in front of his donkey as he was entering Jerusalem.

However, the excitement and fervour would not last long. Within five days, the religious leaders and the crowds turned on Jesus and had him sent before the tribunal of Pilate.  They used the excuse that he was an insurrectionist and was claiming to take Caesar’s authority. Pilate questions Jesus and finds nothing wrong with him, and wants to release him.  However, the Jews want him crucified. Pilate follows their wishes and Jesus dies on Friday. This is five days after being hailed as the one who comes in the name of the Lord.

If there is no Good Friday, there can be no Easter Sunday!  The Bible prophesies both events, and if they do not happen, then there is no salvation for those who believe in Jesus Christ as the Messiah. Jesus dies on Friday, and three days later he is resurrected on Sunday.  The resurrection is one of the reasons that the Christian church meets on Sunday – which the Bible calls the first day of the week.

The prophecies include his resurrection.  “Now Jesus was going up to Jerusalem. On the way, he took the Twelve aside and said to them, “We are going up to Jerusalem, and the Son of Man will be delivered over to the chief priests and the teachers of the law. They will condemn him to death and will hand him over to the Gentiles to be mocked and flogged and crucified. On the third day, he will be raised to life!” (Matthew 20:17-19, NIV)

The Meaning of Easter

Many Christians consider the most important celebration of the year to be Passion week, which culminates on Easter Sunday. The etymology of the name is uncertain, but the meaning to the Christian church is specific. Good Friday and Easter Sunday are beautiful reminders that the Savior, Jesus Christ, the Son of God, came to earth as a man, to pay the penalty for the sin for all those who would accept him as their savior.  His life, death, and resurrection are a constant reminder of the love that God has shed abroad towards all.

How do we celebrate Easter?

Easter celebrations comes with many traditions from various cultures. Nonetheless, the one event that is consistent around the world is that believers gather on that Sunday in their local churches to worship. In addition to that, many other activities have grown up around this day of festive gathering.  For some, the day is a national holiday, meaning that students and government workers get a day off. For others, there are Easter egg hunts and family gatherings.

You may celebrate the day in your culture in a way that is not familiar to others. For instance, in Sweden, the children dress up in costumes, much like the Halloween celebration in other countries.  In Greece, they throw clay pots out of windows smashing them on the street. In Indonesia, in remembrance of how Jesus died, many young men are tied to a cross.

Regardless of your particular cultural celebration, always remember that Jesus is why we celebrate Good Friday and Easter.  He is indeed the reason for the season.

Whole In One Communion

Communion is remembrance celebration of the death of Christ on the cross. At Whole In One Communion, we make and sell prefilled communion cups. Our goal is to help simplify communion preparation. We do it in remembrance of Jesus.